One of the very few things I actually sent away for back in 80s' was this signed, numbered portfolio by my favorite Ka-Zar artist Brent Anderson. I actually had these "framed" on a canvas and hung above my bed back in junior high.

These prints (with the possible exception of the "Tales of Zabu" one, showing Zabu with young Kevin Plunder), were all inked by his own hand, something we never got to see when he worked on the series. Anderson is a very meticulous artist, and it took him, reportedly, a long time to pencil each issue. He wanted to get everything right, and he was annoyed when he had to be rushed (as with issue nine, which, I noted did look rushed at the time, but ALL of Anderson's art was wonderful throughout the series). He simply didn't have time to ink the "Ka-Zar the Dectective" issue, which was reportedly a crushing blow to him.

These finely inked renderings really are works of art, and were underappreciated during the time when Ka-Zar was published, as comics were still considered on par with bubble-gum cards. In other words, "kid stuff." They feature the series' three main characters, Ka-Zar, Shanna, and Zabu, as dynamically represented on the cover print, often showcasing their "quiet" moments, spent lazing about in their jungle paradise.

What gets me the most, both now and then, is that at least two of these plates depict scenes of their adventures that were never realized in the Bruce Jones-scripted comic book. One of them depicts Shanna and Zabu facing off against Belasco, a villain from the comic, while Ka-Zar lies wounded and unconscious at his feet.

The other one graces the cover, with the three characters poised for battle agianst some unseen enemy. In the background rises the soaring towers of a lost city, obviously one of the Atlantean-derived civilizations of the Savage Land/ Pangea.

It's this latter image that has me the most curious.

What city is it? It does not seem to be Lemura, which it somewhat resembles, as it appears located within a steep canyon, and central tower is not quite the same. Nor is it Aerie Shalan, city of the winged men. Nor is it Sylanda or Palandor, tow cities from Savage Tales the Black and White Ka-Zar magazine from the seventies.

It appears to be a hitherto unknown city undiscovered in the actual series. Perhaps it is located somewhere in the country of Thonos in Pangea...or Zuvi Land...or some other Pangean realm that never got touched.

Also, Ka-Zar is shown swinging a sword, a weapon that he does not ordinarily use. The inidcation is that he procured the weapon in the city. And who or what is the foe with whom our trio are engaging battle?

The portfolio suggests that many other adventures took place in the Savage land, and Jones and Anderson may have even had some ideas what they were, but never got around to writing them.

Also note that the depiction of the indricotheriums (a species of giant, hornless rhinoceras) was taken from famed czech paleo-artist Zdenek Burian. Then there are the exquisite details throughout the meticulous inks, like the songbird prched upon the lazing Zabu, and the koala clinging high in the branches of a tree, while the lovers lounge beneath.

I find these plates at least on par with the work of Burroughs Roy Krenkel (which there is some semblence in style), if not, in fact  surpassing Krenkel's work. 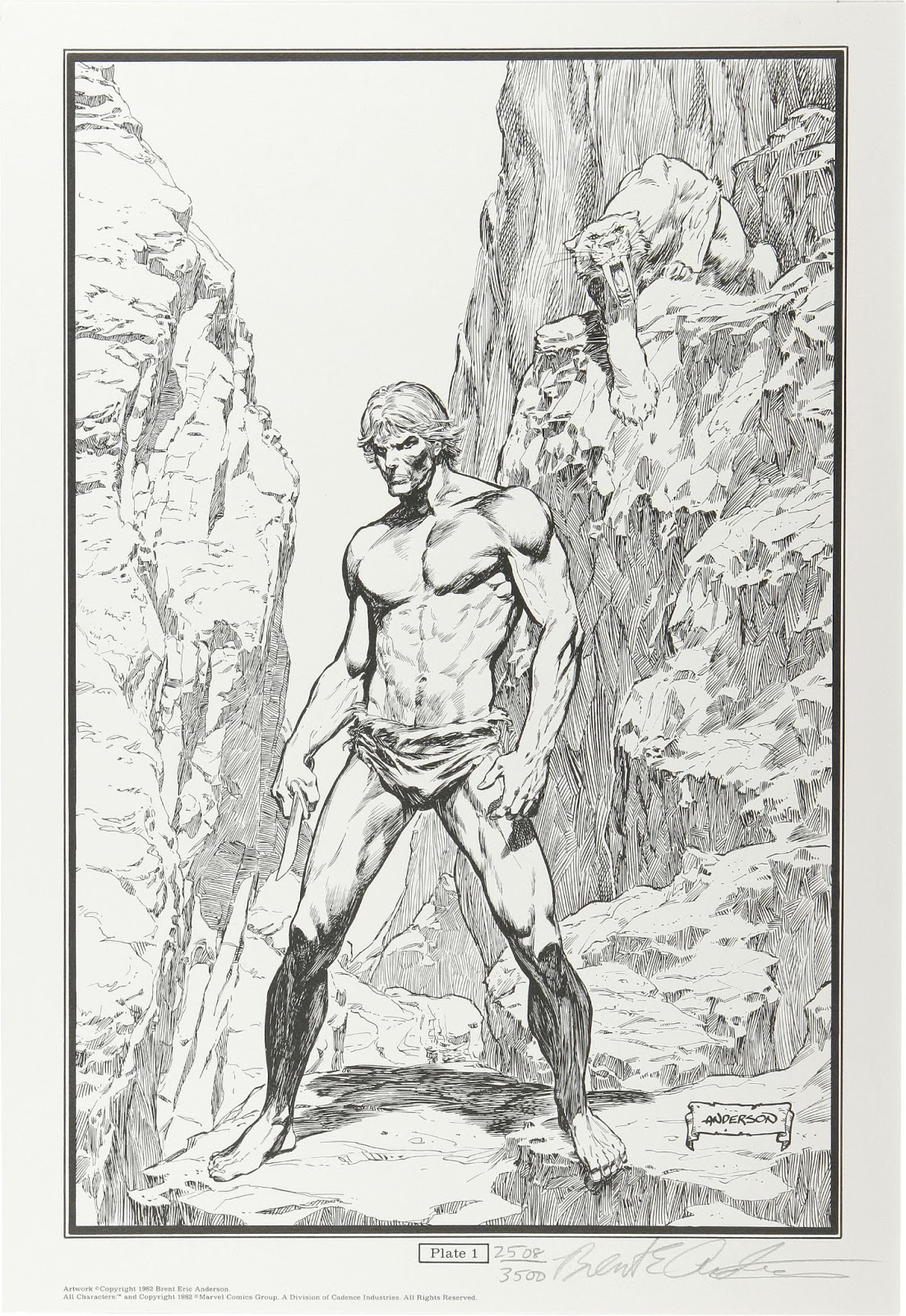 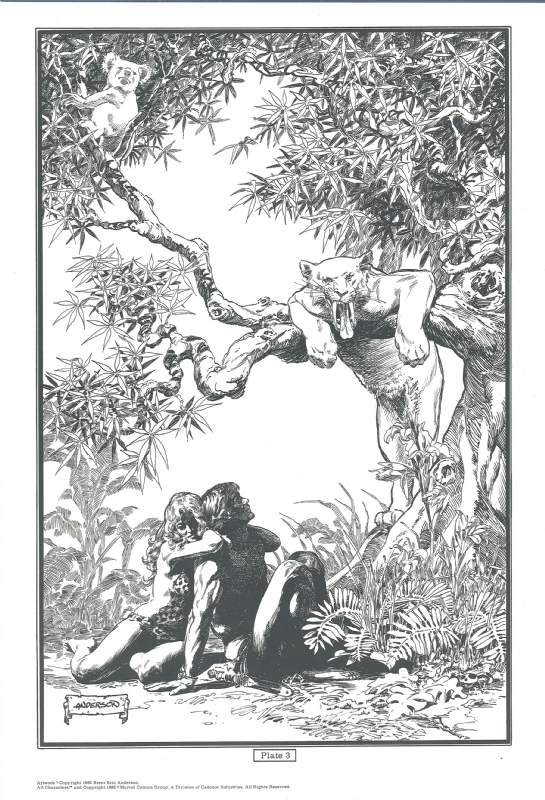 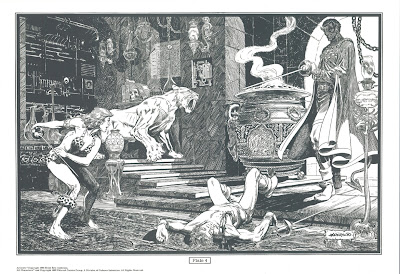 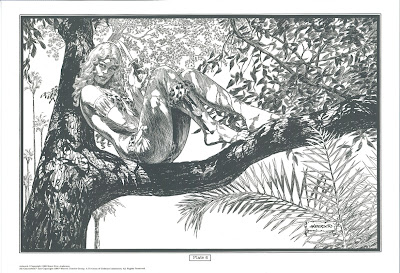