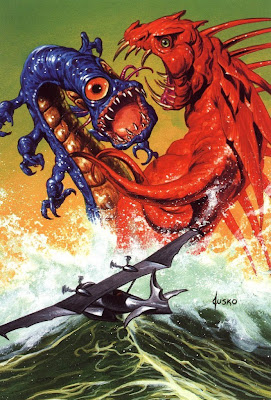 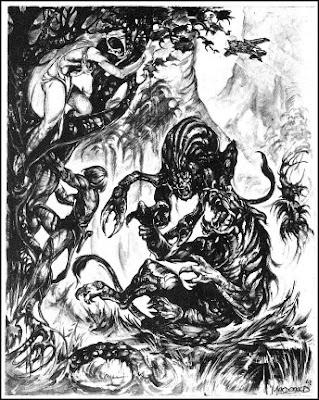 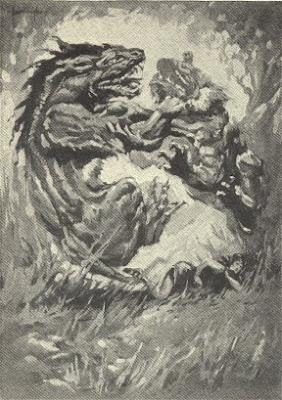 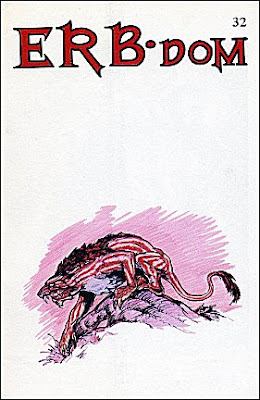 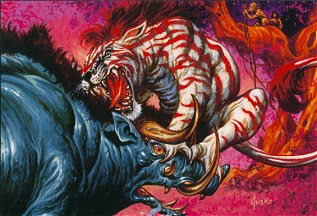 There are a number of fierce beasts that roam the forests and seas of Amtor (oERB's version of Venus). Here are some of them. 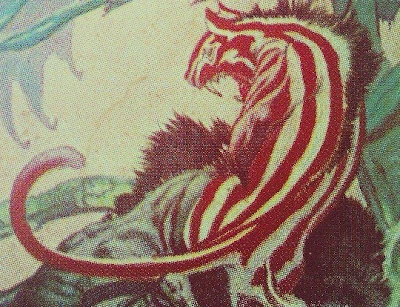 Tharbans, or "peppermint tigers" are a ferocious species of Venusian carnivore. Sleek after the mnner of the great cats, they are striped logitidally in white and red. They have pointed ears and stiff, bristly mans along their spines. The tharban obviously evolved paralell with the great cats of earth, in order to fill an equivelant ecological niche. That is what is known as paralel evolution, and it takes place upon many worlds.

The basto is the mighty bison-boar of the forests of Venus. Like earthly swine it is omnivorous and very fierce. The animal sports the boar-like tusks, and also the horns and great humped back of a bison. It is similar to the giant eltelodonts of primeval earth, but is of the prportions of an elephant. Bastos are hunted by he Venusians for their meat, which is considered excellent: "there is nothing like a basto steak grilled over a wood fire." Of course, this is only obtained at great personal risk to life and limb. 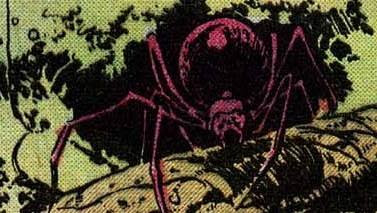 Targos are giant spiders of the Amtorian forests. Their web-silk (called "tarel") is greatly prized by th Amtorians, who use it for a variety of purposes. 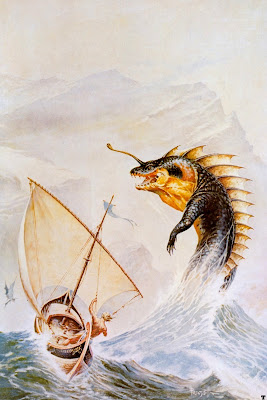 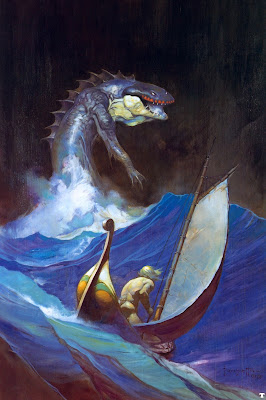 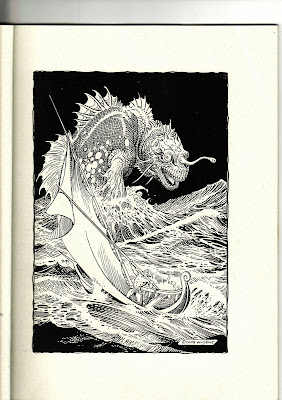 The rotik is the most numerous of the Amtorian marine saurians. Growing up to the size of small ocean liners, the rotik possesses a fleshly extension growing up from its skull. This terminates in a third eye, which the beast can uses as a natural perioscope. 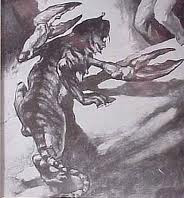 The tongzan is a bizarre, arboreal predator the size of a panther. It has grasping claws, a single, scarlet eye, sharp fangs, and a air of chelae, or lobster-like claws with which it siezes its prey. Its yellowishish fur is marked longitudaly with crimson stripes. It hunts among the giant trees of the Venusian forests. 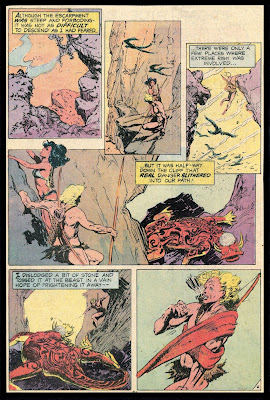 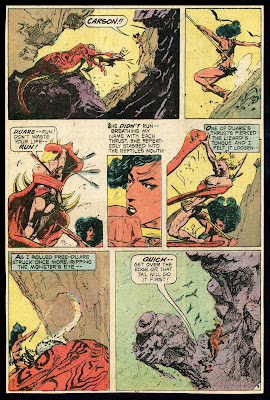 An arboreal reptilian predator of the Amtorian treetops. It is something like an oversized gecko with a crocodilian head. The vere has a striking pattern of crimson, yellow, and black scales. A series of ivory horns protrude from either side of its head. Its gaping jaws are toothless. It has a single, huge eye in the center of its foreheead, and sticky, chemeleon-like togue with which the vere captures its prey. It then incapacitates its victim with its foul, vaporous breth. 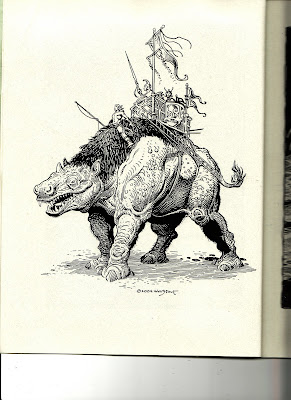 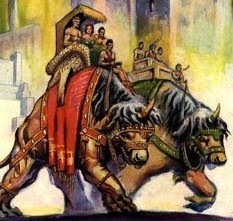 The gantor is gigantic, herbivorous ox-like animal larger than a terran elephant. It bears a single horn in the center of its forehead. It is used as a draft animal by the Amtorians.
Kazar
The kazar is bizarre quadrepedal avian, with a parrotlike head. They run and herds (or flocks), and as such are highly aggressive and dangerous. However, they can be tamed. 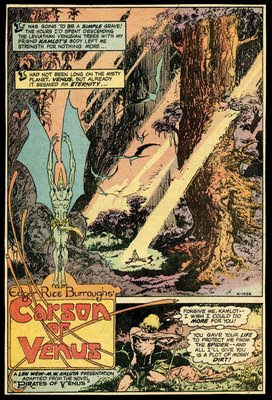 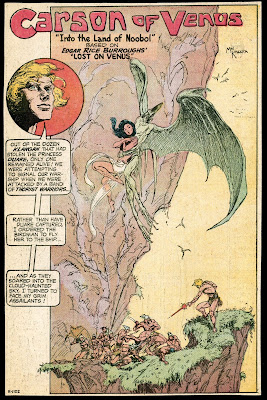 The klangans are a semi-sentient race of bird-like humanoids; their name literally translates to "birdmen." They often serve as slavers for human villains such as the Thorists, or Amtorian Communists, lassoing their victims with ropes.
Posted by Sweet One at 9:52 AM